i went on a bit of a jaunt today - not one of my usual, globe-hopping adventures, but something a bit more sedate: brian and david were given a christmas present of a tour of london's theatreland which they just got round to going on... the talky stuff (by a nice young, knowledgeable man called paul) was very informative - though i could have done with a bit more about theatrical rabbits - and it ended up with a rather spiffing tea at the savoy hotel... posh or what?! 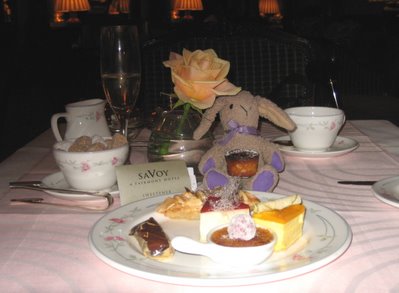 as you can see, i tucked in best i could (the other two gobbled most of it!) and then gave the patrons a little entertainment on the very piano which a famous american called gershwin used to play when he went to the savoy...

naturally, I played a selection of my own that included 'run rabbit run', 'funny little bunnies' and 'bright eyes' and finished off with a few bars of jefferson airplane's 'white rabbit' 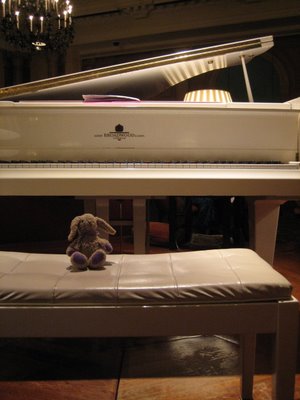 yes, i know i look as if i'm facing the wrong way, but this was when i turned round to acknowledge the thunderous applause!

the snow didn't exactly hang about for long, but I was out in it like a shot and here are some shots to prove it! 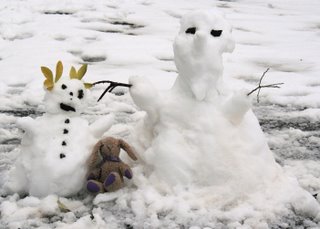 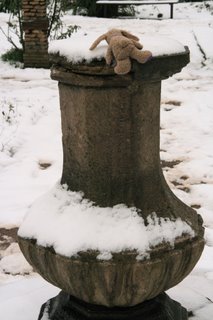 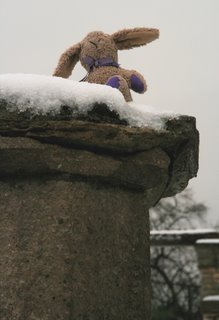 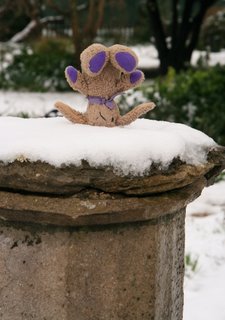 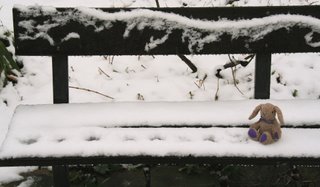