when we were in amsterdam recently, we paid a visit to madame tussauds where a lot of very famous people (including quite a few who i thought were already dead) seemed to spend all day just standing about very still, waiting for people to be photographed with them.

as, up until that point, i hadn't got out much on the trip, i decided that this was a golden opportunity for me to do one of my famous photo-shoots and get a few pictures for the blog.

so, i did and here they are!

i started out by holding a press conference with george dubya... 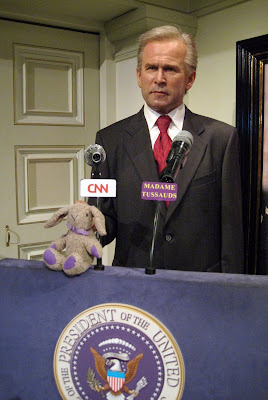 then i sneaked my way into a famous painting... 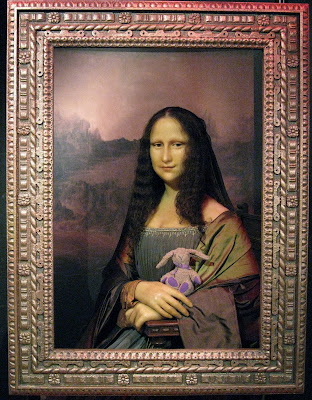 ...and sat for (with or on) a couple of famous painters: pablo picasso... 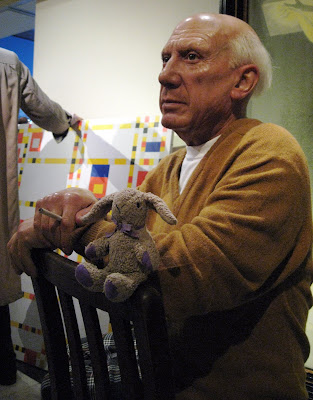 ...and the incomparable dali. 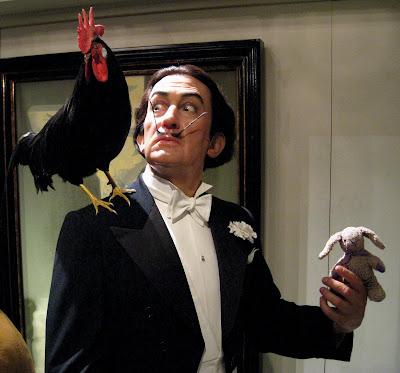 frankly i was glad he kept an eye on that vicious looking cock!

i also made a guest appearance with operatic legend, luciano pavarotti... 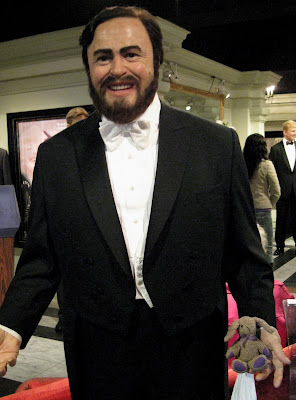 ....you can't see it, of course, but we're actually singing 'nessun dorma'!

and, talking of legends, here i am with the original slim-line elvis... 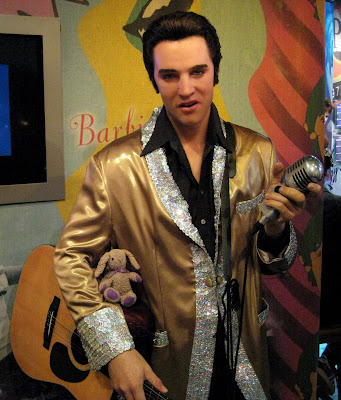 then i got to pose with two screen icons of yesteryear: the little tramp... 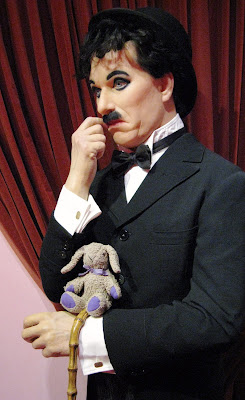 (charlie's wearing way too much eye make-up, if you ask me!); and the lady with the seven year itch... 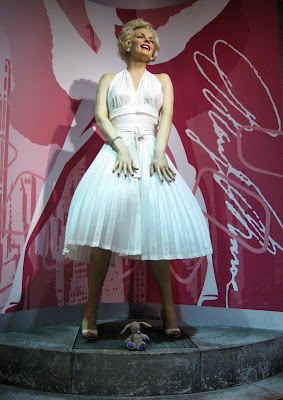 (i wasn't exactly itchy, but i did go a bit pink round the ears while this shot was being taken!)

there were also several stars of today (or, at least, a bit more recent) like ex-007, piers... 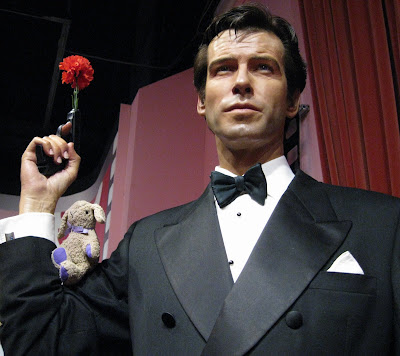 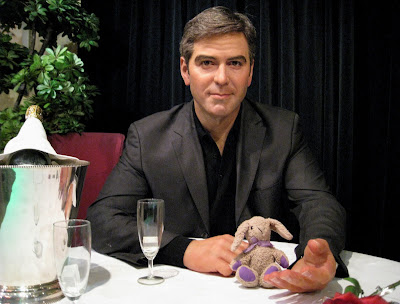 just round the corner was that other georgie boy... 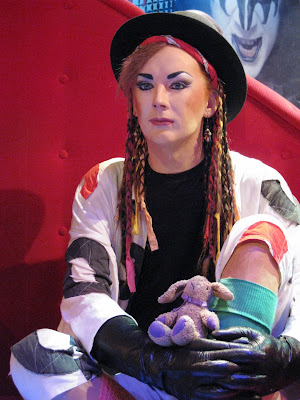 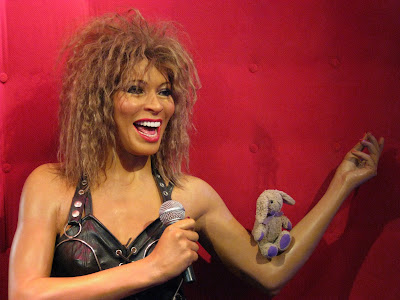 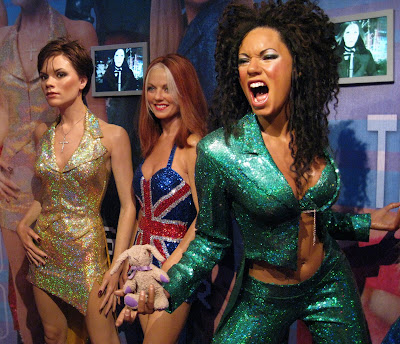 and that dynamic little 'material girl'... 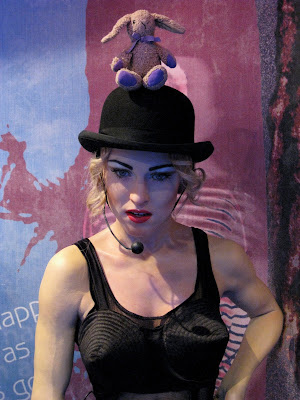 i got as close as anyone can to a sex-goddess (and a dame of the british empire) when i snuggled down with divine Edna Everage.

for some reason she seemed to think i was a possum and i noticed she had temporarily abandoned her trademark 'gladies' for a dutch tulip! 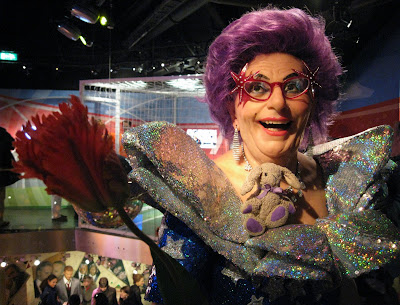 towards th end of my visit, i was spiritually uplifted by an encounter with pope john paul ii... 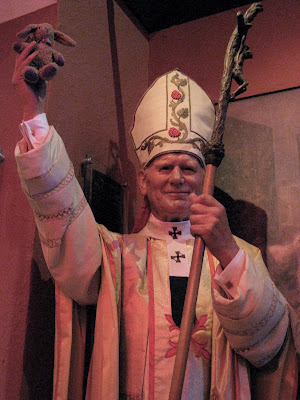 ...and rescued from a scarily high place by that obliging spiderman... 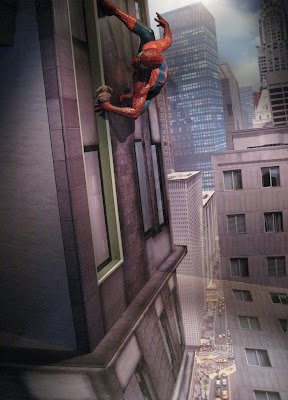 obviously, i was hoping that if i hung about long enough madame tussauds would make a waxwork of me - after all, as i'm sure you'll agree, i'm certainly famous enough to be immortalised with the great and some of those good-for-nothings that i saw hanging about the place!

eventually, madame t turned up and we had a chat about things; after taking a look at my blog, she agreed to think it over, so i'm confidently expecting someone to come and measure my ears any day now!