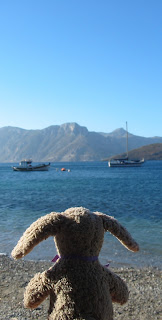 off to greece, at last, and let me tell you, i can't wait to feel that sun on my fur.

i tell bodge, fraser and the others what a chore and a bore it all is because they get so wound up about the fact that i'm the only one whoever gets to go on holidays...

really, of course, It's just a perk of being small - although I dont tell them that either!
Posted by buttons, courtesy of Brian Sibley at 17:12 1 comment:

brian has been writing about arks, so I thought I'd show you a photo me (taken in amsterdam zoo) pretending to be mr noah on a not very convincing ark.

brian said it didn't hav eto look convincing because it was art, and i said, no it's an ark... i don't think he got the joke... 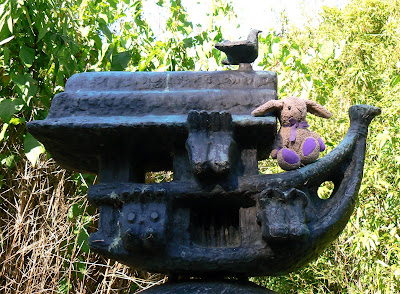 Posted by buttons, courtesy of Brian Sibley at 23:54 1 comment:

haven't blogged for a bit - not because i've had my paws full, but because brian is always blogging and i never get a chance to go on the computer...

as you probably read we went to amsterdam - or as my friend soph calls it, hamster jam - and I did all the tourist sites like the national memorial in dam square --- which, i think, is rather a rude name! 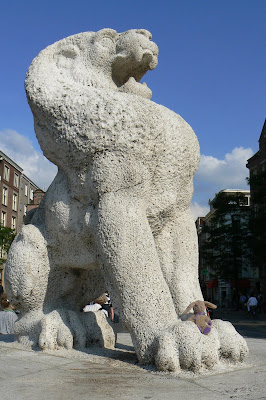 i was going to have a go on a bicycle - but couldn't quite reach the handlebars --- let alone the pedals! 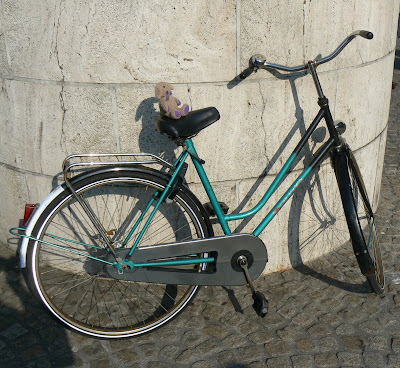 then, one day, we went to the zoo which, as you probably know, is a place where they keep a lot of animals who've never had a proper education and certainly aren't smart enough to have their own web page and blog!

anyway, as usual, brian and david wanted me to pose for photographs with some of the locals, but as most of them seemed to have rather a lot of teeth or claws or were likely to step on something as small as a rabbit without really noticing, i decided i'd stick with animals that couldn't do me any real harm... 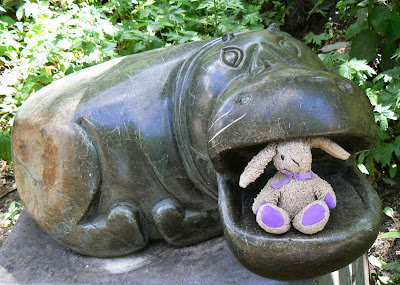 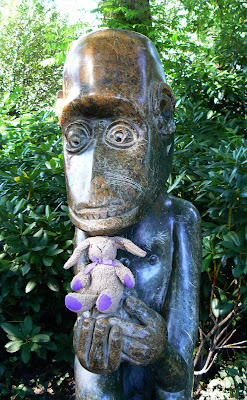 Posted by buttons, courtesy of Brian Sibley at 07:38 1 comment: