brian can scoff at these all he likes, i just scoff them in the hopes that they'll make me grow... 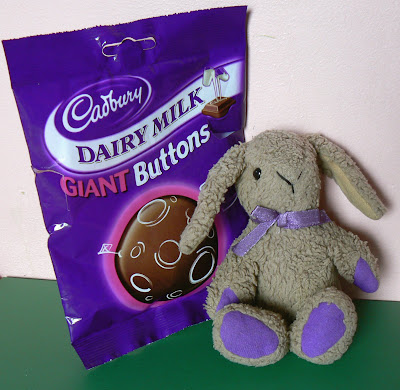 Posted by buttons, courtesy of Brian Sibley at 12:53 4 comments:

i met this charming young man, yesterday, named archie andrews, who tells me that he is almost the same age as brian - which was difficult for me to believe since he was much better preserved... 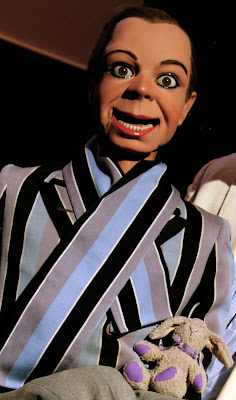 i asked archie his secret and, frankly, i'm going to suggest that brian gets his doctor to put him on cuprinol --- and as soon as possible!

i thought i might find his conversation a little wooden, but not at all! we talked about the price of fame and similar things and he told me some amazing stories such as how his head was once removed and shown to the then princesses elizabeth and margaret and their father, the late king... apparently when archie finally got his head back on his shoulders again, he cheekily quipped that he was the first person to be beheaded during his majesty's reign!

nice gag! i've told brian, however, to forget about trying to get me a royal audience since they sound a bit dangerous. i mean an encounter like that could knock the stuffing out of a chap...

i jokingly suggested that we might slope off to the pub round the corner and have a "gottle of geer", and - quick as a flash - archie came back with the quip, "thanks, buttons, but my favourite tipple is linseed oil!"

apparently, archie used to work in showbiz with a guy named peter brough who died a few years ago and several people in the audience made various cruel comments about archie having "lost his voice"...

now, i thought this was very strange, because i heard everything he said perfectly.

mind you, i've been told that there are people who can't hear what i say, either.

odd!
Posted by buttons, courtesy of Brian Sibley at 07:11 3 comments: