it's royal wedding day in london and i just wanted to raise a toast to the happy couple before hopping off to the abbey for the big event... 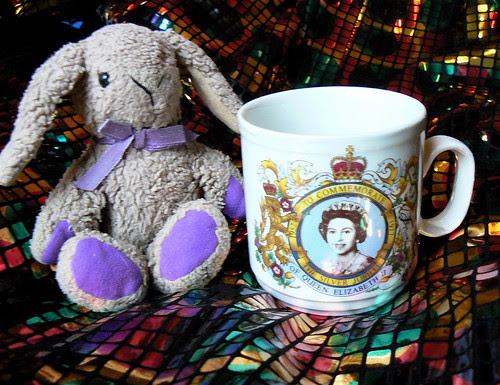 Posted by buttons, courtesy of Brian Sibley at 09:45 10 comments:

yesterday was my birthday: annoying that i have to share it with easter, but since i arrived (quite a few years ago now) in a box with a cadbury's buttons easter egg, that's how it is.

anyway, i had a very jolly time with my cousin, buttons hippo, and the always vivacious hippolyta hippo who says she is my inamorata – whatever that means.

they very decently clubbed together and bought be an easter birthday mug which turned out to contain – big surprise, this – another cousin, named buttons bunny. 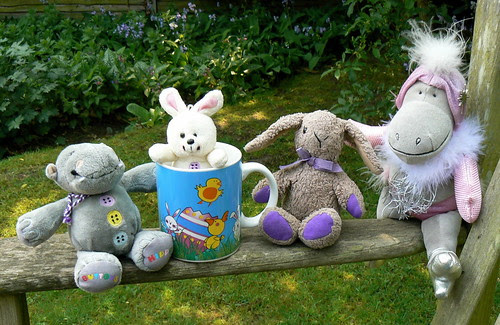 buttons bunny is quite a cute little chap but he is ridiculously young and so doesn't stop talking and asking questions: it was a long day and it's now getting on for one o'clock in the morning and he is still, if you'll pardon the pun, rabbiting on! i've suggested he kips down in the mug for the night, but he doesn't seem to be taking the hint...
Posted by buttons, courtesy of Brian Sibley at 00:38 6 comments:

easter greetings
from me and the pink-polka-dot-gingerbread-rabbit! 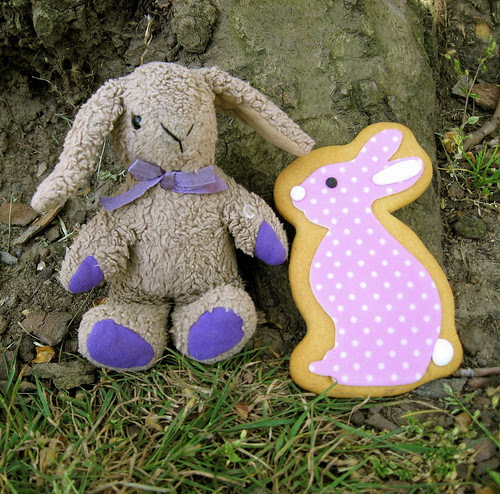 Posted by buttons, courtesy of Brian Sibley at 09:32 1 comment:

knowing that we are shortly to be evicted from our home, i am now thinking of running away to sea... 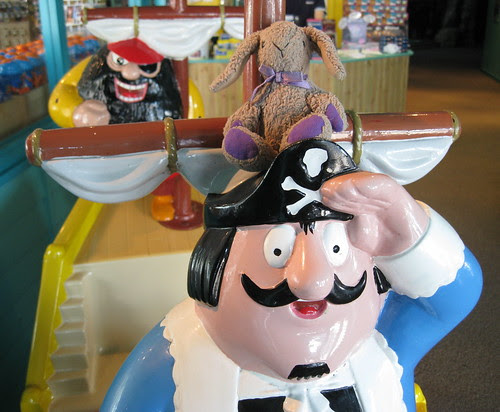 last weekend we took a jolly jaunt to hastings by the sea and sophie treated me to a trip round the aquarium where i saw some moon jellyfish. one or two looked quite small, so i guess they must have been jelly babies! 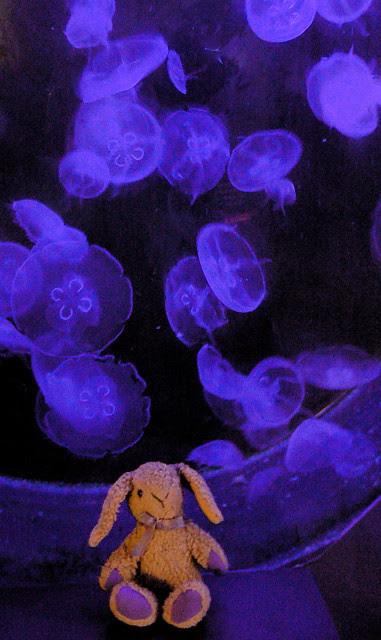 Posted by buttons, courtesy of Brian Sibley at 00:09 4 comments: