a pleasant memory from a couple of weeks ago when, during our post-christmas visit to ascot, david, tickled the ivories and serenaded hippolyta and myself with romantic love songs that captured the mood of our long-awaited (though sadly brief) reunion... 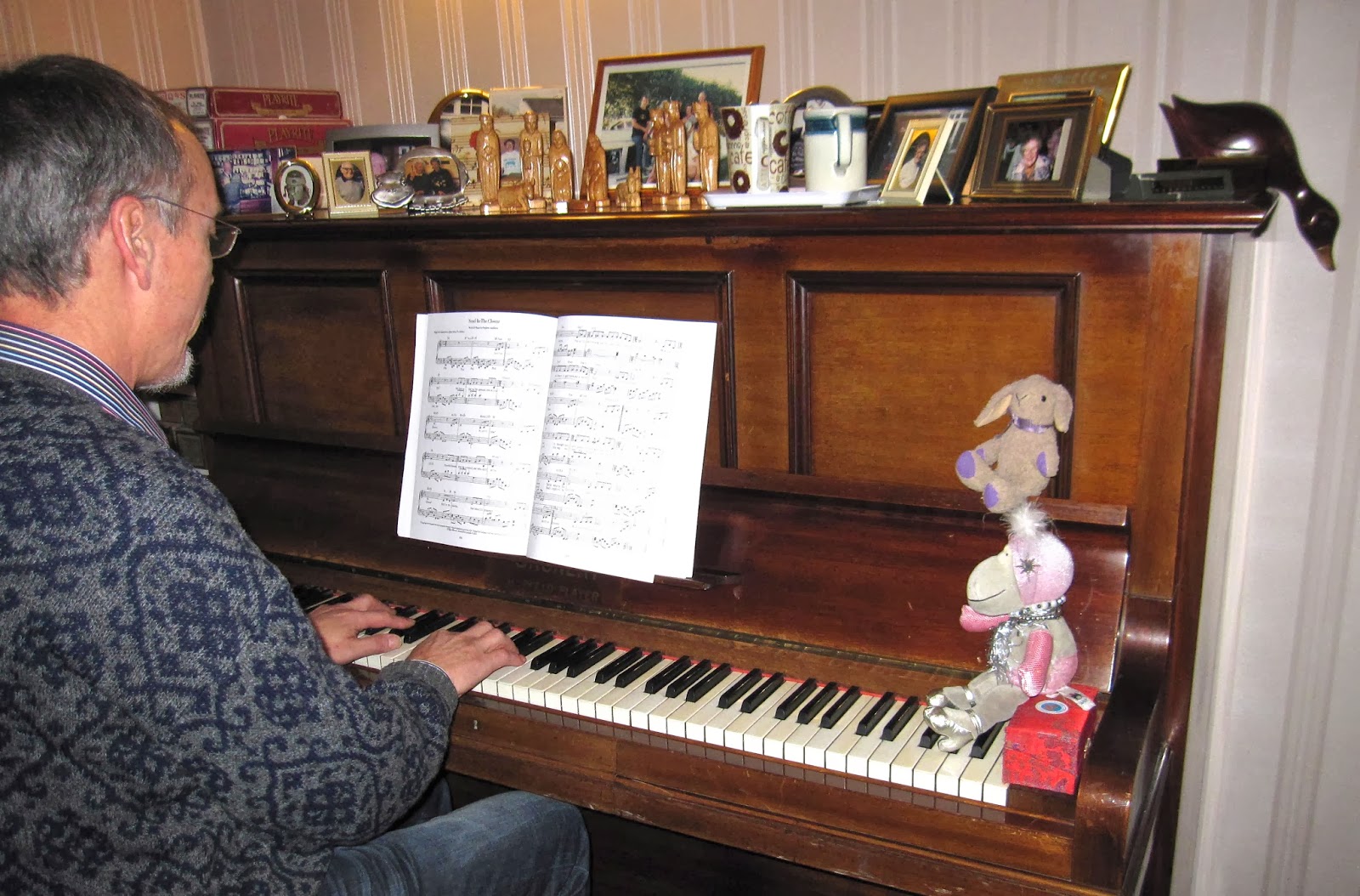 on sunday we had a late christmas celebration with roger, sheila and, of course, hippolyta, who I was disturbed to discover had (like many a diva before her) found her self an admirer in the military. 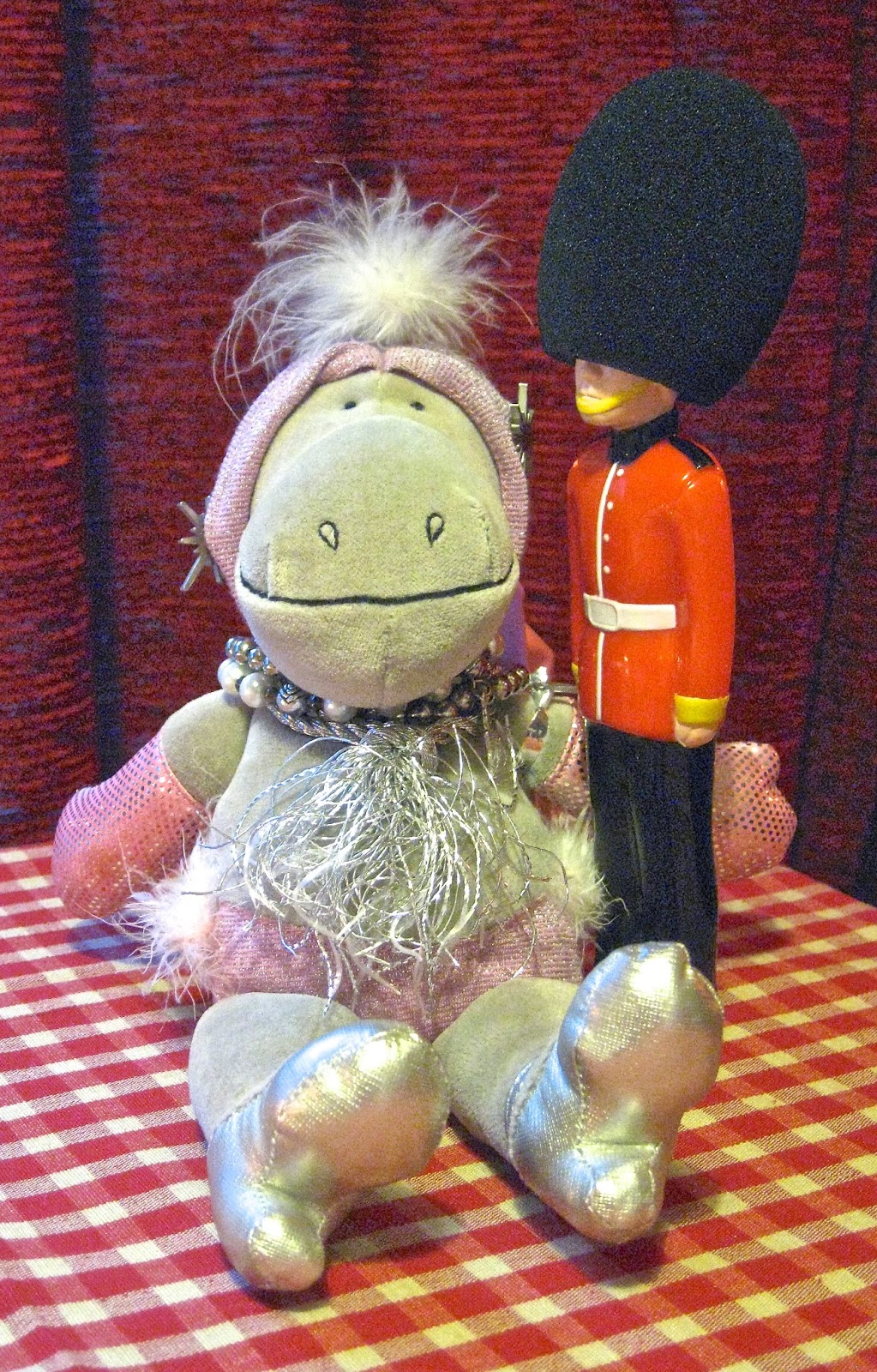 however, there didn't seem much going on under the busby, so i don't think it's going tot be a relationship of lasting significance.

we had a jolly time and buttons hippo's stories were unexpectedly (and pleasantly) brief... 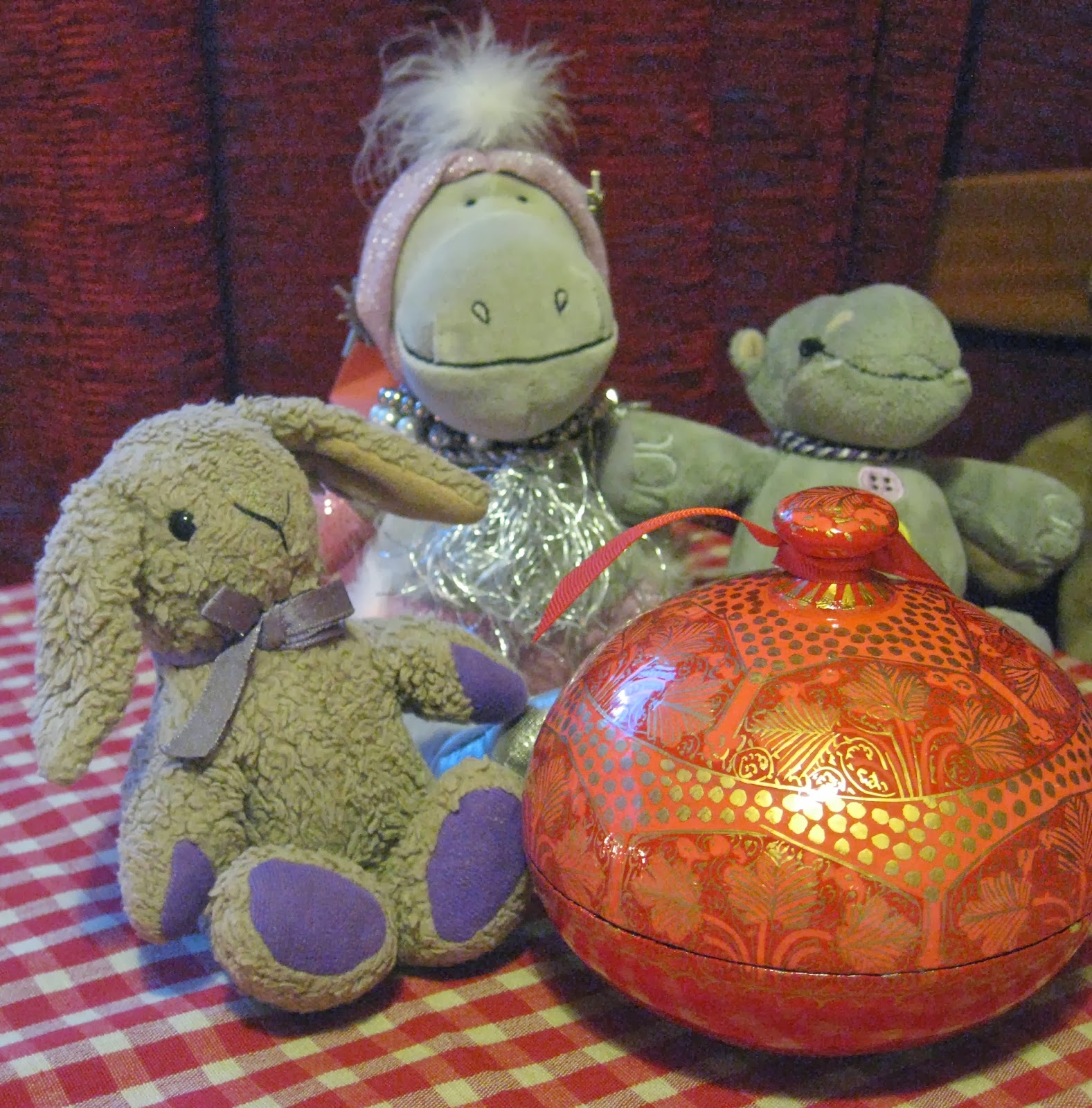 the ethnic-looking bowl is, i think he said, a native artifact from the upper limpopo.

after a glass or two of prosecco, i'm afraid h and i got a bit rowdy and i chased her up the christmas tree where, obviously, she outshone the star! 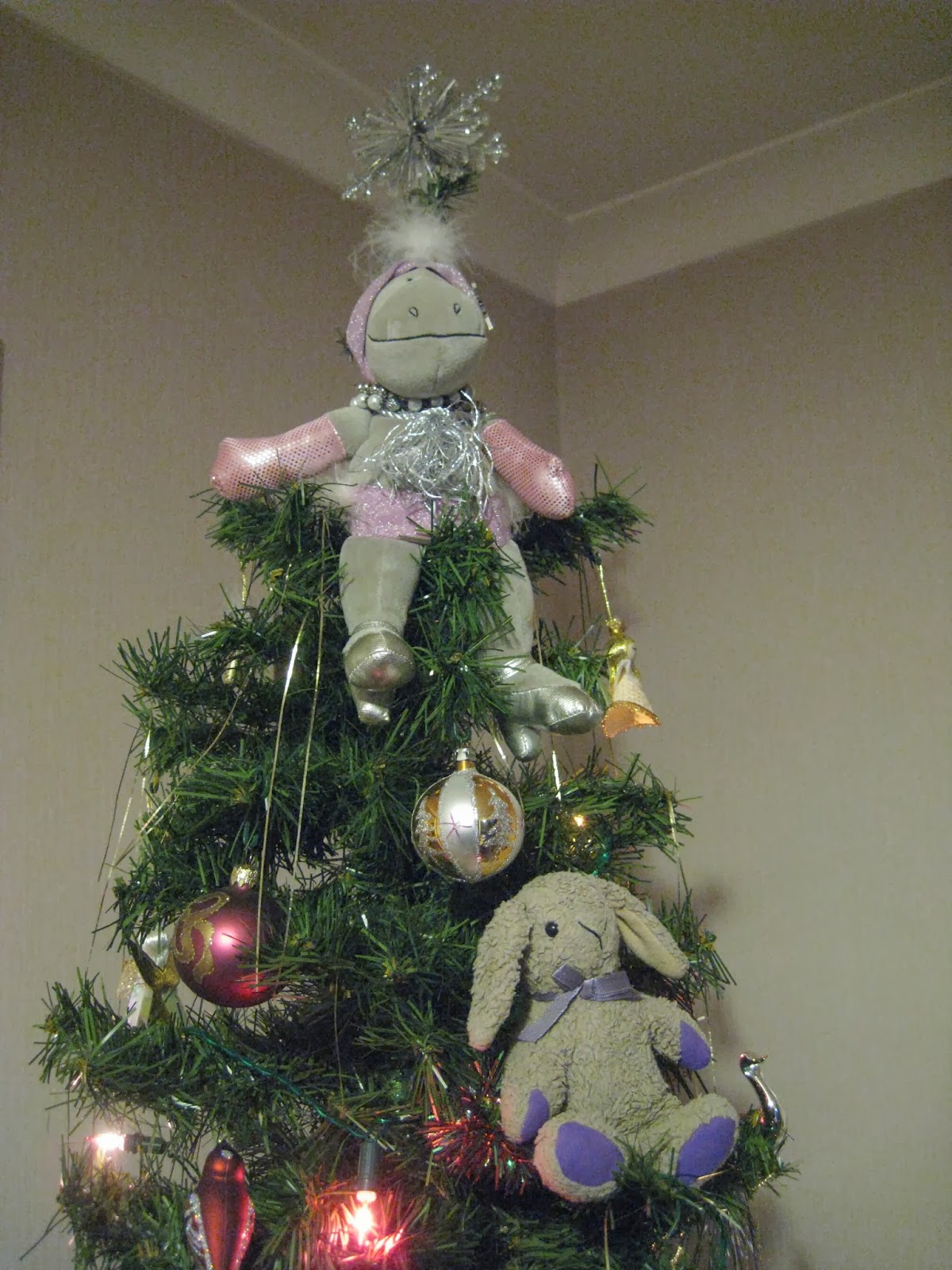 Posted by buttons, courtesy of Brian Sibley at 11:49 1 comment:

last day in venice and it is raining! boo!!

b and d are trying to pack so i thought i'd put up a nice picture of a day when it wasn't raining... 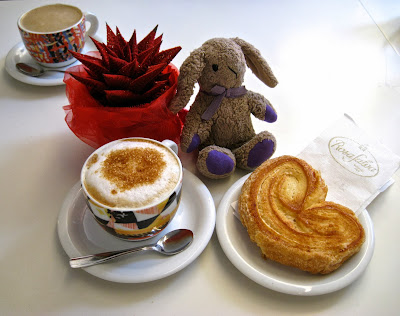 ...and one of me last evening at teatro goldoni... 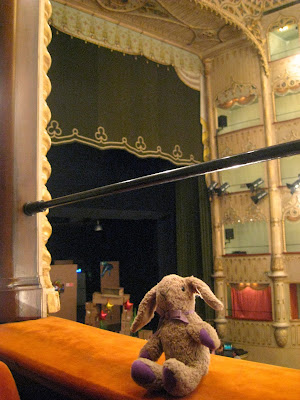 it could be a possible venue for buttons hippo's stand-up comedy routine. he could call it 'carry on (and on and on and on) up the limpopo' – only in italian, of course!

Posted by buttons, courtesy of Brian Sibley at 13:57 3 comments:

good job i was on hand (or paw) to help as they would never have got through this lot without my assistance... 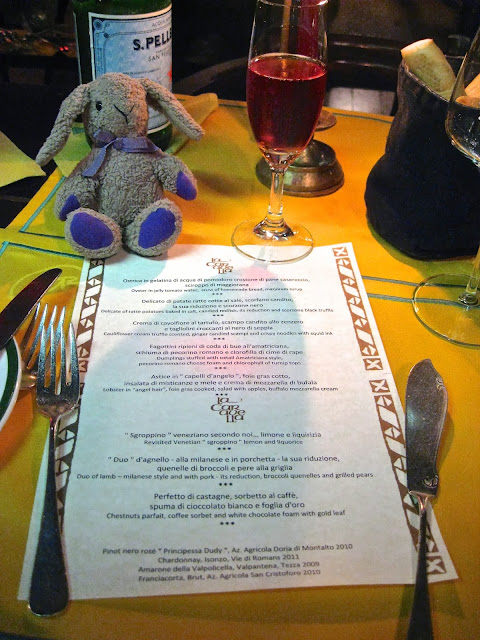 Posted by buttons, courtesy of Brian Sibley at 09:59 1 comment: